The European cyclo-cross championship will take place from 2 to 4 November at the Autotron Rosmalen (The Netherlands) site. During this European Championship, the Simac logo will be clearly in the picture as one of the main sponsors. All European top cyclists will appear at the start, such as Marianne Vos, Mathieu van der Poel and the Belgian world champions Wout van Aert and Sanne Cant.

Under the guidance of former world champion Richard Groenendaal, a course will be created for the European Championship at the Autotron. One of the most spectacular parts will be a huge sandbox where participants have to go through every round. The decoration of this sandbox will be entirely in Simac colors. And also in many other places on the course the Simac logos come back. The Simac logo, for example, is put back on 350 meters of banner and on various large LED screens.

The competitions of the Elite ladies and gentlemen will be broadcast live on television in several European countries. It is expected that in the Netherlands and Belgium more than three million people will watch the men's fight and one million go to the ladies. Since both countries are important markets for Simac, this European Championship offers a great opportunity to work on brand awareness. Moreover, it is a good opportunity to receive various relationships as a VIP guest during this event. 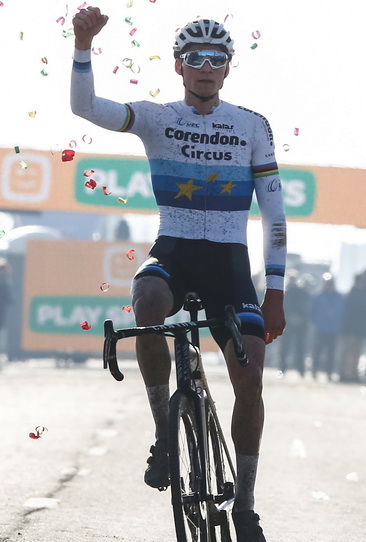