Simac was founded on October 1, 1971 by Mac van Schagen. After a career at Philips, he took the step at the age of forty-four to start his own business. From a bedroom in his rented house in Veldhoven, he starts as the exclusive European representative of the American Singer Instrumentation. In order to clarify where Simac had to be placed in the market, Van Schagen added "Electronics" to the name quite soon after its foundation.

The name of the company is created when Mac purchases a telex and the PTT (the Dutch telephone company) does not accept more than five letters as reporting name. His "old" secretary doesn't have to think long now: Simac. Si from Singer, the product line they represent, and Mac from, of course, Mac.

It soon becomes apparent that the bedroom does not offer an ideal working environment. That is why Van Schagen sets his sights on an old primary school in Steensel. A ruin. But with a lot of effort, everything is renovated and furnished with second-hand furniture. 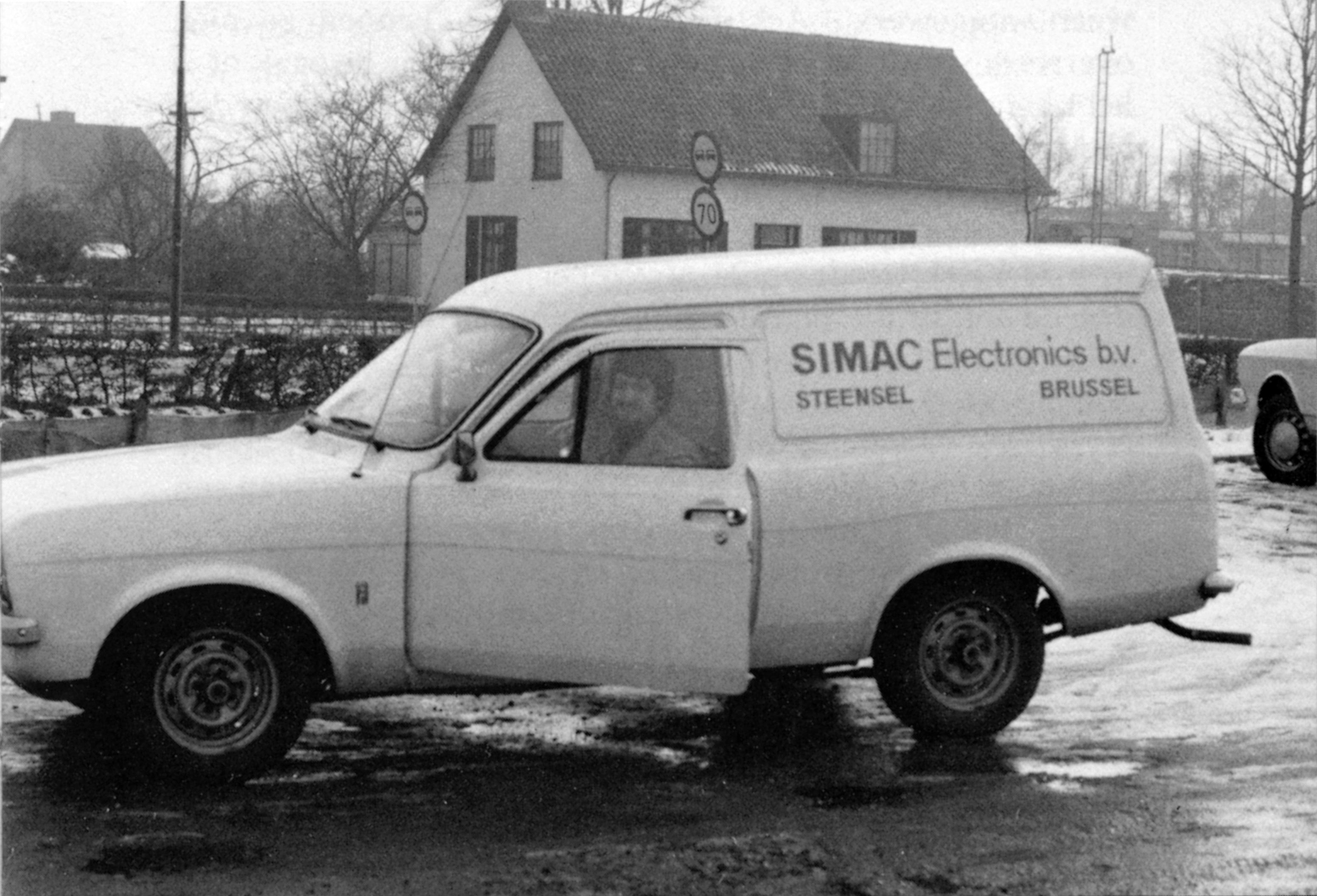 The support of the organization was quickly broadened by attracting several exclusive representations. Simac Electronics specialized as a supplier of professional test and measurement equipment within the industrial electronics market. In addition to the sale of these products, technical service and support was also provided.

Simac is growing well, so that the old school building soon no longer suffices. Van Schagen is building a new building of 850 square meters in Veenstraat in Veldhoven. This building is occupied in September 1976.

In 1986 the introduction took place on the parallel market of the Amsterdam Stock Exchange. In that year Simac also moved to its current head office at De Run 1101 in Veldhoven. Moreover, in 1986 the definitive foundation was laid for the current organizational structure. At the end of the eighties, technical developments gained momentum and, partly as a result of the acquisition policy, Simac changed from a supplier of test and measurement equipment to a supplier of IT products, data communication and complex computer networks.

“Simac is looking for shareholders to finance expansion. Simac Electronics, which trades, develops and produces the cream of the crop in electronics, and also maintains the supplied equipment, is experiencing rapid growth." 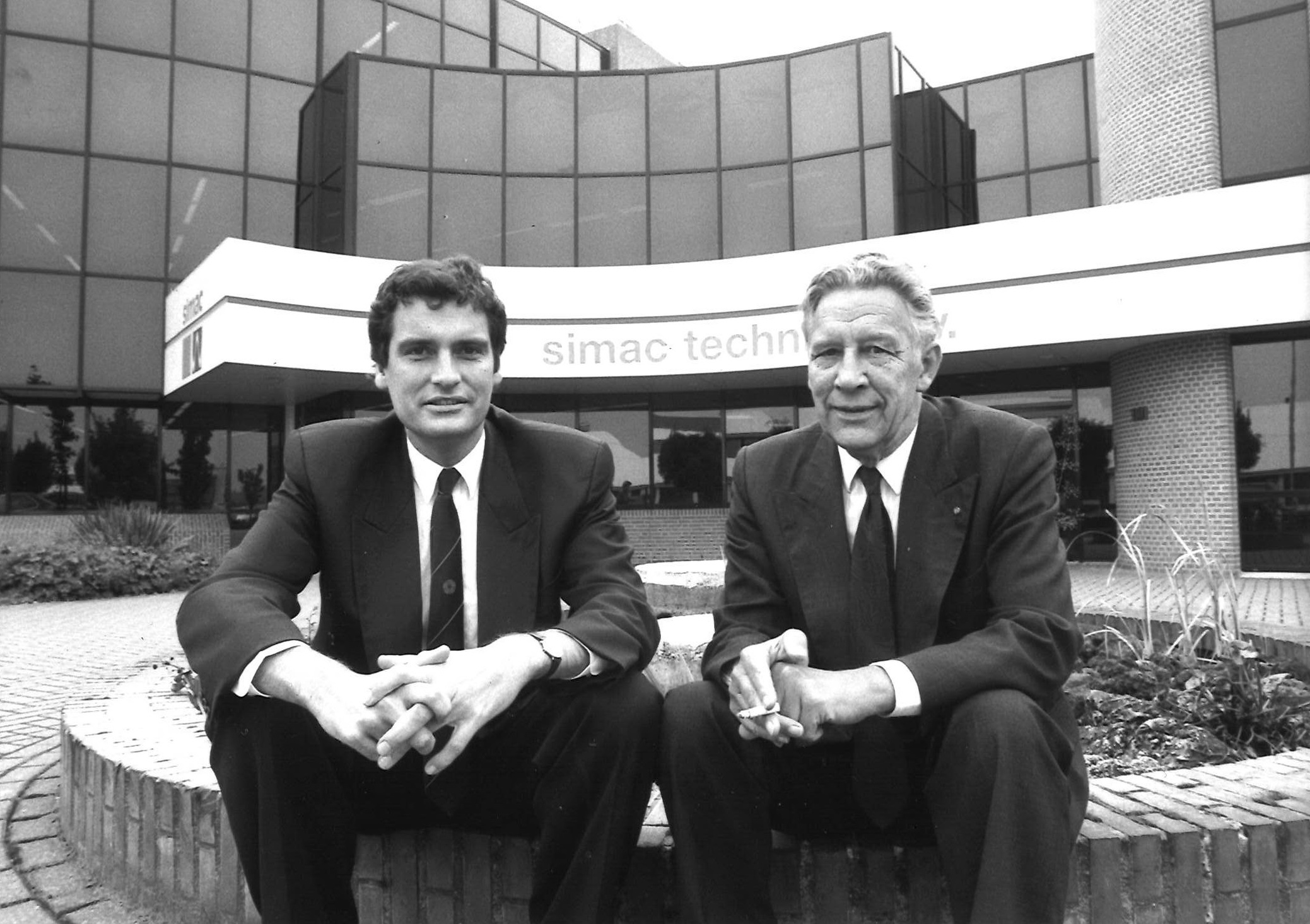 On November 1, 1991, on the twentieth anniversary of Simac, Mac van Schagen stepped down as director. He did, however, become a member of the supervisory board.

In the second part of the nineties in particular, Simac experienced a period of strong growth, especially in the ICT activities. The portfolio is expanded with PCs and server / storage solutions, partly through various acquisitions of companies. There also was a close collaboration with BaaN, the Dutch supplier of ERP solutions. In 1999, this collaboration indirectly led to the biggest crisis in Simac's history. That year a loss of tens of millions of guilders must be reported. BaaN tried to gain a foothold in Germany, but that ended in a major fiasco. Simac was drawn into this.

Fortunately, the company was saved from the abyss. Partly because Mac van Schagen put much of his private money back into the company.

The financial problems led to a major reorganization. From 2000, a gradual growth was started from a smaller Simac. Many Simac employees in crucial places remained loyal to the company and helped the company recover. The focus shifted from providing IT solutions to IT management services in contract forms.

On December 9, 2010, the founder of Simac, Mac van Schagen, passed away in his hometown Veldhoven. He turned 84 years old. Striking, charming and always involved with his people, he was the founder of the culture that is so defining for Simac.

The stock exchange listing ended on 10 March 2014 and Simac was once again a family business. The Van Schagen family (through their investment company Simal Beheer) decided to take this step in order to be able to fully focus on customers and staff again.

A good step, because this strategic choice led to healthy growth in turnover and returns in the following years. The positioning of the company was laid down in six pillars that must guarantee the continuity of Simac.

"The family is there for the company, not the other way around."

In 2021, Simac celebrated its 50th anniversary. And in October 2023, the current CEO Eric van Schagen will pass the baton. To who? That will become clear in the coming years. All four of his children work in the business, as does his sister's son. One thing is certain, Simac remains a family business with optimal focus on its customers and the people who work there.

We use the term Teamnology to indicate what Simac stands for. We believe that tackling technological challenges as a team provides better and sustainable solutions. We have been using the term for a few years now, but the philosophy has been in the company's genes from the very beginning.
Want to know more about Teamnology?

History in a nutshell

An awful lot has happened in half a century of history. If we take a bird's eye view of Simac's history, it looks like this: